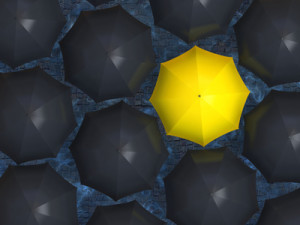 a :  the quality or state of being different
b :  an instance of differing in nature, form, or quality
c:  a significant change in or effect on a situation

1. Creative*:
a:  marked by the ability or power to create:  given to creating
b:  having the quality of something created rather than imitated:  imaginative
c:  managed so as to get around limits

Cat‘s son Rick has returned to Portland and will be living here as he completes his Masters degree in Architecture. He also wants to do an Internship with one of the local Architecture firms while he is pursuing his studies at his university. This means finding a job and being the one hired.
What Makes You Special?
How do you stand out? What makes you any different than scores of other people all trying to get the same job? It’s a competitive time for anyone who is looking for a job these days!
Now, something that shows is how Rick has been really focused. He sends out resumes every day and then hops on his bike and peddles miles, connecting to each firm with which he has sent resumes. So far, he’s still in the “waiting room of job hunters. Since he is in a major educational program for his profession, he has the extra challenge that the job be part time, so he can focus on his studies.
A week ago, he had a good interview. He knows they like him, but they want full time and they are also looking at other applicants. Rick has done the normal things:  sent a thank you, called to reconnect and let them know he is sincere and really would like the job, etc.
On his call this morning they thanked him and said they would put a note in with the application saying he had called. Not the most encouraging thing to hear when you are trying so hard. Yet, he wants to work with this group and he is persistent! Persistence is vital in any endeavor important to a person. Rick is a masterful and good student. He passed his Bachelors Degree with determined focus and is more serious than most young men his age. He just needs the job to earn enough to cover him and to develop his skills with a real company
Mentors Can Help 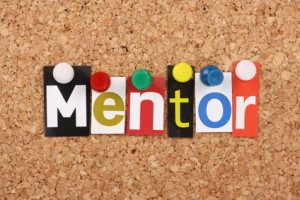 Rick has mentors in the area, such as an Architect he respects, an association he is becoming a part, and others. Students can do great things when experienced people in a profession reach out to help our youth.
As a member of the household, I offer wisdom when asked, and certainly ask before I offer wisdom. I leaned in to raise his creativity meter. Leaning on his doorframe I threw out an idea for him to consider. I mentioned that back in my Dale Carnegie days that one of our students had wanted a job and we encouraged him to think outside the box. He did! That man bought a trashcan, put a list of reasons they should pick him, and sent them a letter that said something like, “You wouldn’t want to WASTE the talent and commitment I will bring to your firm.” Then he gift-wrapped it and had it sent to the boss. Needless to say his creativity got him another interview and he got the job!
Rick’s idea-frame kicked into gear, and after a few minutes he came in to show me a creative idea he had just come up with. He drafted a letter saying what a great team they would make and put it in the form of a “folding letter with lines,” instructing the reader to make it into a paper airplane. Then he created an envelop with similar marks on it and a piece of drafting tape to make it stand out. Great idea!
I have a feeling that he will be coming up with many more ways to stand out! And, whether it is this company or another, it will be his creativity as well as his personality that gets their attention and will win him the position he needs. This is how he stands out in the crowd!
Go Rick and Go Ducks! (Yeah I’m a Duck Fan!)
We invite anyone who wants to see where they are in the “Creativity Cycle” to come check out what we do. Where in the “six” steps are you? Are you stuck, or moving forward, where, what’s possible and what’s next?
We work together by using proven processes.  Mind Mapping, Hypnotherapy and its cousin NLP (Neuro-Linguistic Programming) can be tools to help you navigate your Innerspace. You can redesign or redefine a better outcome. Let us show you how.
Discover how. Connect with us. Call Rich or Cat at Apositiva for Counseling, Coaching and Training 503-525-0595 or email us.  We look forward to being your guide.