Sugar is the New Tobacco 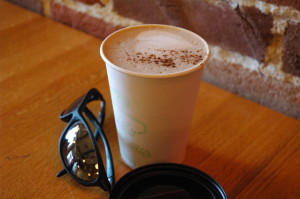 Rich Aanrich with some food for thought. Sugar Is More Addictive Than Cocaine?   Yes. Amazing, isn’t it? Have you checked the labels for ingredients lately?  Take off the shades and open your mind, because you WANT to know this information.

Have we drunk the corporate “Kool-Aid”? Is the Government mixed up in this sugar epidemic, too?  Obesity, diabetes, and metabolic problems are increasing. Are you Fed Up?
“FED UP!”  is the name of the movie.
“It’s the Greatest Epidemic the world has ever seen,” says Dr. Robert Lustig, a major advocate on getting the sugar out of “the system.”  Lustig says that one third (1/3) of all Americans are on track to be Diabetic by the year 2050, and 95{8b3a2f999ba59642dfe826ddd554f6c9ff0174d7b182d4f1913e29042ced5c7c} of all Americans to be overweight. Is the cause known? Yes, but it can’t be (openly) mentioned because it might effect some profits or some politicians $$$ support!  You remember how the corporations selling tobacco lied so effectively for decades!
We have the right to make our own choices, right? I mean, why should we let the government be our advocate? After all, it’s our right to be lied to by corporations who want a profit, or politicians who want their campaign money, or to get re-elected? Or, companies, sponsoring their own self-serving studies! So what, if we, and our children become obese, or diabetic, or die?
What about the healthy self esteem, and the quality of life stolen from all of us and especially our children?
Like it or not, most people are either already overweight or are on their way to being overweight. It is steadily happening even if they are well intentioned. We have continued to become heavier and heavier, fatter and fatter!

A calorie by any another name … is not the same.

We were spoon fed the mantra of “Calories In, Calories Out.” Only it was a delusion. A calorie by any another name … is not the same. Some calories go directly to the liver, fire off insulin, and go directly to fat! There is a big calorie difference!
As the movie “Fed Up” puts it so well, “you can’t exercise enough. It’s not about being lazy! It’s the (guess!), yes!

We’ve been fed misdirection for roughly 60 years. A great example was when the American Government went to the WHO (World Health Organization) threatening to withhold $400,000,000 if they published their studies showing the dangers of sugar and went ahead with a plan to reduce sugar in all products to less than 10{8b3a2f999ba59642dfe826ddd554f6c9ff0174d7b182d4f1913e29042ced5c7c}. All the studies and recommendations we removed!
Can’t have that! It would hurt American Profits.  Today we are reaping the abuses caused, for profit. Obesity costs are moving ahead of age and cancer in medical costs.
The Military is increasingly finding it hard to find acceptable healthy recruits!  So, guess what they do! They have to lower their standards. It is hard to have a protective force when soldiers can’t meet the fitness standards required.

How Come They Can Eat It and Stay Thin?

When you hear this, “They can eat anything, and they aren’t fat, and it’s just not fair!” think again. Maybe it isn’t so … Thin people can be fat on the inside – NBC News .  www.nbcnews.com/id/…/thin-people-can-be-fat-inside/
The actual title for an alarming number of people is TOFI (Thin Outside, Fat Inside)

Sugar is the New Tobacco

In the movie a comparison is made to how this overweight epidemic compares to the same lies, double dealings by Corporations and Politicians that went on during the Tobacco Trials. While they are under oath, corporate owners, scientists, and politicians are recorded declaring how they know that Cigarettes (now Sugar) isn’t harmful.  “After all, it’s our right to have free choice, isn’t it?” So it isn’t the corporation’s fault if people make bad choices.
Another of the interesting facts that was brought up in the movie Fed Up is that most of the school lunches in this country are supported by or run by fast food companies. Pizza, soda, hamburger, chocolate, candy, etc. In fact, Coca Cola and Pepsi have contracts with over 80{8b3a2f999ba59642dfe826ddd554f6c9ff0174d7b182d4f1913e29042ced5c7c} of the schools…Along with McDonald’s, Burger King, Arby’s, Poppa you-name-it pizza, etc. , who support or provide the food for the lunches.
An important video of research (using rats and their response to sugar and cocaine) shows 46 rats that were addicted to cocaine. Then the scientists gave the rats the choice of drinking sugar water or drinking water with the cocaine. Forty three (43) out of 46 became hooked on the sugar. Sugar is more addictive than cocaine. Wow!
It is no accident, sugar laced foods are at the eye level of our kids in the stores! And not just for kids either, have you noticed that at almost any store, food, office supply, gas station or otherwise there is a rack of candy, snacks or sweet products right there for us to buy. Hey, 43 out of 46 rats can’t be wrong … can they?

Now a tale on myself.

A confession? I didn’t realize what the actual level of healthy sugar intake was supposed to be. I think I am a reasonably healthy eater! I watch what I eat, how many calories I take in and try to work in the walks and exercise. Hey Calories In, Calories Out … right.

That means, for most adults, less than 70 grams a day is the daily intake. That’s … six (6) teaspoons a day!
Ok! I am Fed Up, and I am seriously paying attention to what I saw in the movie!
I invite you to go see the movie “Fed Up” (playing at the Regal Fox Theatre in Portland, Oregon). Then  dare to actually look at the labels on the products you consume. It really is about intake from sugar, corn syrup and all the other fancy names for the same things.  Fruit sugars are supposed to be okay, especially when you are eating a real piece of fruit.  Other sugars are like overdosing on poison.

Take Back Your Life

Let’s compare healthy lives. Take the Fed Up Challenge … and take back your life!
See you on the healthy side. It’s within your power to make a difference! Do it for your own life , and if you want to tell others and take a stand .…  do more. Get involved.
Forty three (43) out of 46 rats became hooked on the sugar. Sugar is more addictive than cocaine. Wow!  43 out of 46?! Not Me! Not On My Watch!
Thanks for taking the moment to consider your body, mind, and health.
Rich Aanrich