Let’s talk about “lack of sleep” and a way to improve sleep.
Hi, Rich Aanrich here! People seem to think that you need to have eight to 10 hours of sleep every night. And recently I’ve been reading some new information that gives a different perspective on how to get better sleep.
We already know that bright screens such as television, computers, phones, and tablets affect melatonin. This makes it hard for the body to signal sleep. Did you ever consider how you give away your sleep for work or school? You may want to rethink that strategy. Consider being more flexible in your work and school times for when you start your day.

In American Academy of Sleep Medicine, news was released on a new study.
DARIEN, IL – A new study shows that paid work time is the primary waking activity exchanged for sleep and suggests that chronic sleep loss potentially could be prevented by strategies that make work start times more flexible. (http://www.aasmnet.org/articles.aspx?id=5230, December 11, 2014.)
I recently read a big study from University of Pennsylvania by Dr. Mathias Basner of the University of Pennsylvania Perelman School of Medicine. It was a major study of approximately 125,000 people. What they discovered is that the early start times of 6:00 a.m. to 8:00 a.m. in the morning did not allow people to get enough sleep, and as Dr. Basner said, “the results aren’t pretty.”
The earlier start times for people are forcing people to get maybe only six or even seven hours of sleep a night … which isn’t enough. The sleep deprivation that people are facing is affecting long-term productivity and even their healthy sex drive. 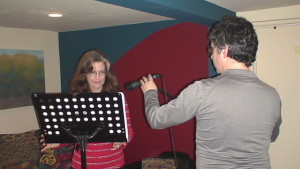 The study showed that by starting later people were able to get more sleep, and consequently the productivity increased. This proved to be especially important for self-employed people.
Having more flexible starting times for people allowed them to produce better work, they felt better, and came home more rested. The flexible times allowed people to get better sleep, to have a better quality of life, while being even better on the job. As a side note, their sex drive improved, which made them happier, too.
Flexible starting time is proving valuable to the companies and people who can work at home or who can have flexible schedules. Who can argue with better performance at work, a better quality of life, and being healthier!

Want better sleep? Here are some tips to lead you to a better nighttime sleep experience.

While we may not be able to change your time schedule at work we can certainly help with getting a more rested night’s sleep. Contact Apositiva by calling 503-525-0595.