Got Turnips, Ideas, and Genius? 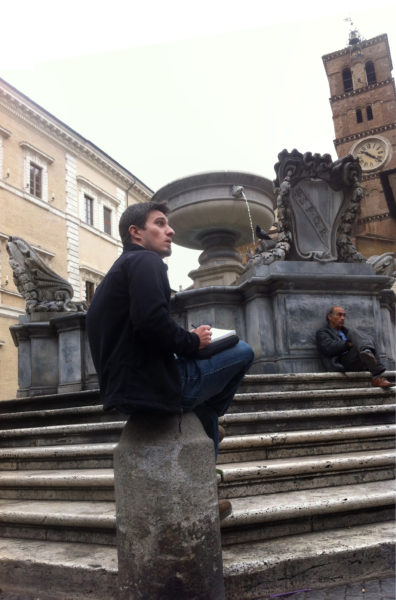 “You can’t squeeze blood from a turnip” you argue. Ah, true. According to The New Dictionary, that means, “You can only get from people what they are willing or able to give.” (The New Dictionary of Cultural Literacy, Third Edition. 2002). But what about your goals and dreams? Are you willing to try? Are you able to give? Have you ever tried turnips?
A goal, a challenge, and maybe acquire a taste for something that is actually not bad for you. What could you loose? What could you win? In the movie “Under the Tuscan Sun” the picture opens with an author presenting his book at a bookstore. Francis, his teacher (played by Diane Lane) stands by proudly. He talks about being in a writing class and having writer’s block. All he has are terrible ideas. He says that just as he was about to drop the class, Francis says “Terrible ideas are like playground scape goats. Given the right encouragement, they grow up to be geniuses. Take one of your terrible ideas and work on it.” He says, “I did it!”
Later in the movie Francis takes the gift of friends – a tour of Tuscany, Italy – to begin writing on one of her own books and to recover from a divorce. On a stop along the tour, she notices a passionate woman in a big hat, holding a duckling against her cheek as it nibbles her face, totally enjoying the experience. Her aliveness intrigues Francis and she follows the woman, but looses her in a crowd.
Along the way Francis is drawn to a board of estates for sale, noticing the listing for a villa – Bramasole. A passionate woman (Katherine) walks up behind her, and says, “It’s a nice little villa. Rather rundown, but redeemable. Are you going to buy it?” Francis laughs and says that would be a terrible idea. “Oh,” Katherine says, “terrible idea – hmmm. Don’t you just love those?!”
Further along the way, the bus is held back by some sheep, and they are stuck at this unscheduled stop directly in front of Bramasole, the villa for sale. She gets off the bus!
Francis looks at the villa, and a pigeon flies overhead and drops poop on her head. Sometimes in life we may find that something happens, almost like we’ve been dropped on. It helps us make the decision. Francis takes the challenge and buys it, turning her terrible idea into a beautiful villa!
Ideas give us a journey. We get to create a plan to overcome “buyer’s remorse” and “introduce ourselves” and get to know our ideas along the way. When she tells her friends, they are surprised that she is willing to take on such a project. Support does not always come readily from the so-called Peanut Gallery. Francis faces the journey and gains the joy of a beautiful villa transformed by her dreams and imagination.
Coaching is meant to encourage you to take a “terrible idea” that intrigues you and do something with it. Bounce it around. Take it apart and see what makes it tick.
Who knows what could happen if you took one of your ideas… out for a journey.
Got turnips, ideas, genius?
Turn it into something delicious! We have coaches who can work with you to make a recipe. Come to Apositiva for coaching when you are ready to face the journey. You can come to be coached or join Cat Wilson’s coaching workshop this September and become a coach.